Will Cara Delevingne Be At Princess Eugenie’s Wedding? They Have A Longstanding Friendship

Will Cara Delevingne Be At Princess Eugenie’s Wedding? They Have A Longstanding Friendship

Despite all that, though, some people find it curious that Princess Eugenie and Delevingne dont follow each other on social media. According to Bustle, Princess Eugenie follows BFF Ellie Goulding, but not Delevingne. And that raises some questions about whos invited to the wedding and whos not.

But social media isnt everything. And its not always an indicator of close friendship. So, maybe Eugenie and Delevingne are super close in real life and prefer to keep their interactions off of social media. 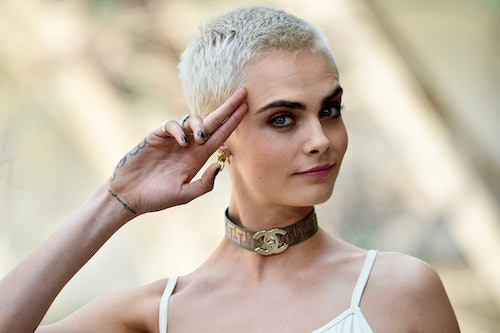 Whatever the case, I guess everyone will just have to wait and see if Delevingne shows up. And if she does… well, I wonder if shell bring her rumored girlfriend Ashley Benson along. I suppose thats another question thatll be answered in the early morning hours of Friday, Oct. 12, which is the day Princess Eugenie will get married.

Princess Eugenie and her longtime love Jack Brooksbank will tie the knot at St. Georges Chapel at Windsor Castle in front of 850 guests. The guest list includes members of the royal family, of course, as well as some other famous faces. Aside from the Clooneys, Blunt, and Goulding, the guest list will likely include Chelsy Davy (Prince Harrys ex-girlfriend), Robbie Williams, and Elton John.

Some familiar royal faces will also be making appearances during the ceremony. Princess Eugenie has arranged to have Prince William and Kate Middletons children in the ceremony. Prince George will serve as a page boy and Princess Charlotte will be a flower girl. So, even if Delevingne doesnt show up to the wedding, therell be plenty of recognizable faces at the wedding on Friday!

If youre someone who wants to wake up super early on Friday morning to catch a glimpse of the bride and groom, youre in luck. The wedding will be televised on TLC, so be sure to tune in!