“What is water weight?”

With more than two in three adults in the U.S. overweight or obese — and about 50 percent of those folks actively trying to lose weight — it’s more important than ever to make sure you’re getting the most accurate information about weight loss.

The foundation, of course, is a healthy, balanced diet with consistent, challenging workouts.

But have you ever wondered where all that fat that you’re working so hard to lose actually goes?

While burning more energy than you take in is the root of weight loss, when fat is burned, the vast majority of it is exhaled as carbon dioxide into thin air. (mind=blown)

According to Australian researcher and physicist Ruben Meerman, Ph.D., and colleagues, 84 percent (or 8.4 of every 10 pounds) of fat burned is exhaled as carbon dioxide.

The remaining 16 percent leaves the body as water through urine, sweat, tears, breath, and other bodily fluids. And no, before you ask, you can’t lose weight simply by breathing more.

(Pro tip: Need some ideas on how to lose that fat? Here are 100 Ways to Lose Weight.) 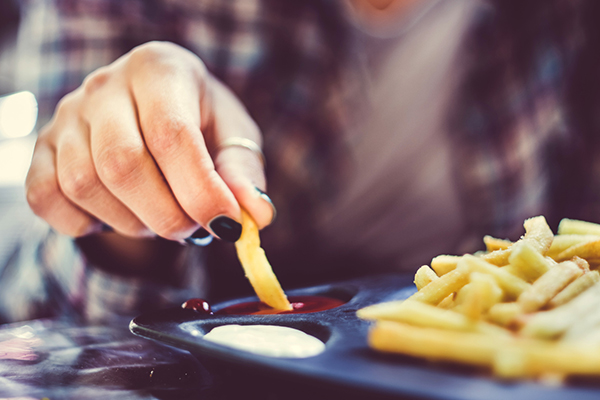 Where Does Fat Go When You Gain Weight?

Ever wonder where fat goes when you gain weight? If so, consider yourself lucky because most of us know exactly where it goes. (Hello, face and hips!)

In younger women, excess fat tends to accumulate in adipose tissue located around the hips, thighs, and buttocks (think: “pear-shaped”), as well as the breasts. Females store fat all over but tend to carry it predominantly in the hips, thighs, and buttocks when they’re younger (i.e., premenopause). During and after menopause, excess fat increasingly begins to accumulate around the abdomen.

Men tend to take on more of an “apple” shape, storing excess fat predominantly around their belly region. Unlike women, this typically doesn’t change during their lifetime — bad news for those growing beer bellies.

Contrary to popular belief, muscle doesn’t weigh more than fat — a pound is a pound regardless of its composition. The confusion stems from the fact that muscle is more dense than fat, so it appears to weigh more by volume. In other words, a pound of muscle takes up less space than a pound of fat.

So, if you’re getting stronger and you’re smaller in size, but you’re seeing the number on the scale go up a bit, it’s likely due to the “lean mass” (aka muscle) you’re building.

The Two Types of Body Fat

Just as all bodies are not created equal, not all body fats are equal, either. Pears, apples, and other shapes aside, the color and the location of your body fat are probably just as important as the amount you’re packing when it comes to your health.

You’ll be pleased to know not all body fat is bad. Let’s take a closer look at the different types of body fat:

White fat makes up the majority of fat in your body. Its primary purpose is energy storage, but white fat also pads and insulates the body, helping protect vital organs and maintain body temperature. It also produces a form of estrogen and several appetite-regulating hormones.

According to the American College of Sports Medicine, healthy body fat percentages range from 20 to 32 percent for women and 10 to 22 percent for men.

Waist circumference, which is an indicator of belly fat, should be less than 35 inches for women and 40 inches for men. A BMI between 18.5 and 24.9 is considered within normal range, while those above are classified as overweight or obese.

Keep in mind BMI alone can be misleading for some individuals. If you’re muscular, BMI is a useless measurement, as it doesn’t distinguish between lean mass and fat mass, for example.

As such, it’s a good idea to consider additional factors like body composition, waist circumference, blood pressure, blood sugar, cholesterol, and triglycerides, as well as insulin levels, when discussing your health with your doctor.

The Two Types of White Fat:

Visceral fat is found deep within the abdominal cavity, close to and surrounding vital organs like the liver, pancreas, and kidneys. When such organs are surrounded by fat, they have a hard time doing their jobs effectively.

But perhaps the most insidious quality about visceral fat is that it’s metabolically active, releasing hormones that can lead to inflammation and promote insulin resistance, which can increase your risk of diabetes. This kind of fat is also associated with a higher risk for heart disease.

Men are at greater risk for packing on visceral fat since they tend to store fat predominantly in their abdomens.

You might hate the appearance it sometimes takes — such as muffin tops and dimpled thighs (aka, cellulite) — but subcutaneous fat is less dangerous than visceral fat. It’s also beneficial in moderate amounts, as it both protects and insulates the body.

Of course, too much subcutaneous fat can be problematic, too, since carrying excess weight puts stress on the body, including the joints, heart, and circulatory system.

While white fat stores energy, brown fat converts energy from food to heat. In other words, brown fat burns calories, which is why it’s often referred to as the “good fat.”

Brown fat is more abundant in newborns and young children, and significantly decreases with age. Adults who manage to hang on to more of this beneficial fat tend to be leaner and have greater insulin sensitivity.

Research suggests there may be ways to boost your brown fat stores in adulthood. A study on mice showed that exercise can convert white fat to “brown-like” or beige fat.

Beige fat is another type of fat — distinct from white and brown fats — that also burns calories, like brown fat.

Another study on humans showed that regular exposure to colder temperatures may activate brown fat to burn more calories.

Short of moving to colder climes, this may not have a practical application in your daily life, but understanding the process of how white fat turns into calorie-burning brown (and beige) fat may help scientists find new ways to fight obesity.

1. Cut back on added sugar and sweetened beverages

Studies show that excess sugar, particularly the high amounts of fructose found in sweetened beverages, can increase the accumulation of visceral fat.

Instead, quench your thirst with plenty of water; not only is it better than any kind of beverage with tons of sugar and additives, but your body also needs it to stay strong and healthy.

Not a fan of plain water? Dress up your water by adding your favorite fruits or herbs like mint and basil.

It sounds simple, but we all know looks can be deceiving, particularly when high-calorie foods come into play. If you’re not sure what a healthy portion looks like, try using Portion Fix containers to take the guesswork out of mealtime.

And don’t forget to vary your diet — quantity and quality are key elements to a healthy, balanced nutrition plan. Make sure you’re eating foods from all of the food groups.

High-intensity interval training (HIIT) and strength training top the list of the most effective forms of exercise for fat loss, but just about any exercise can make a difference.

The key is to do it regularly and to combine it with a balanced, healthy diet. Together, diet and exercise cannot only help you lose weight, but they also prevent weight regain once you hit your goal. 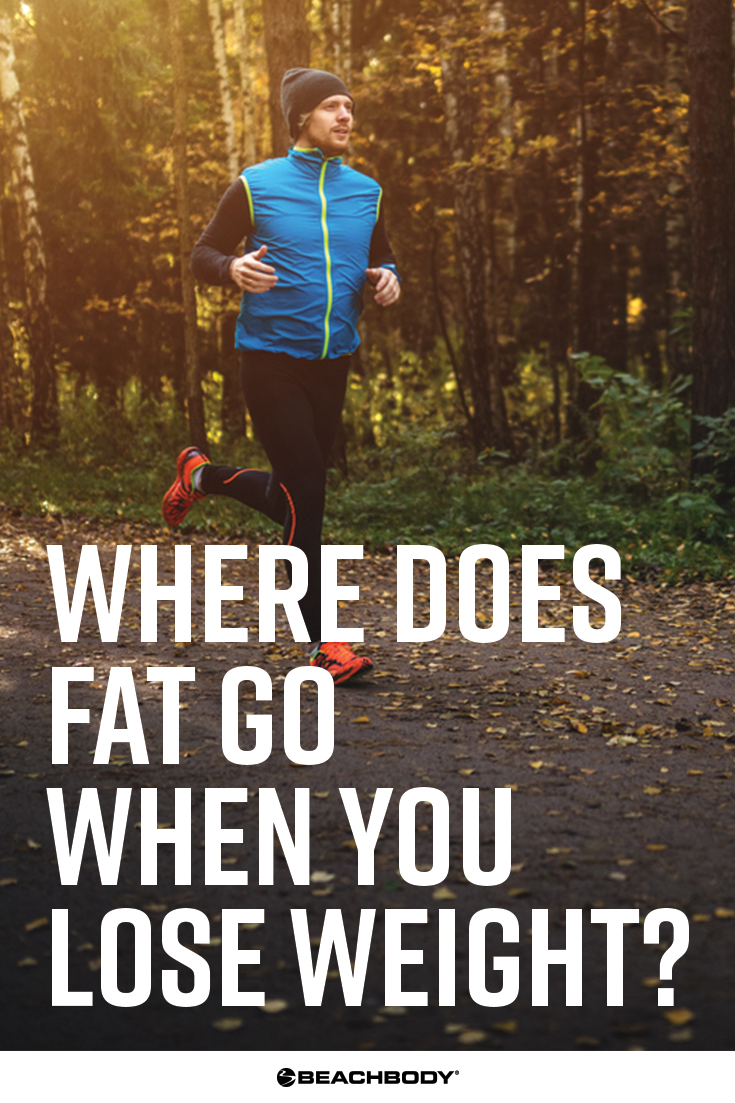