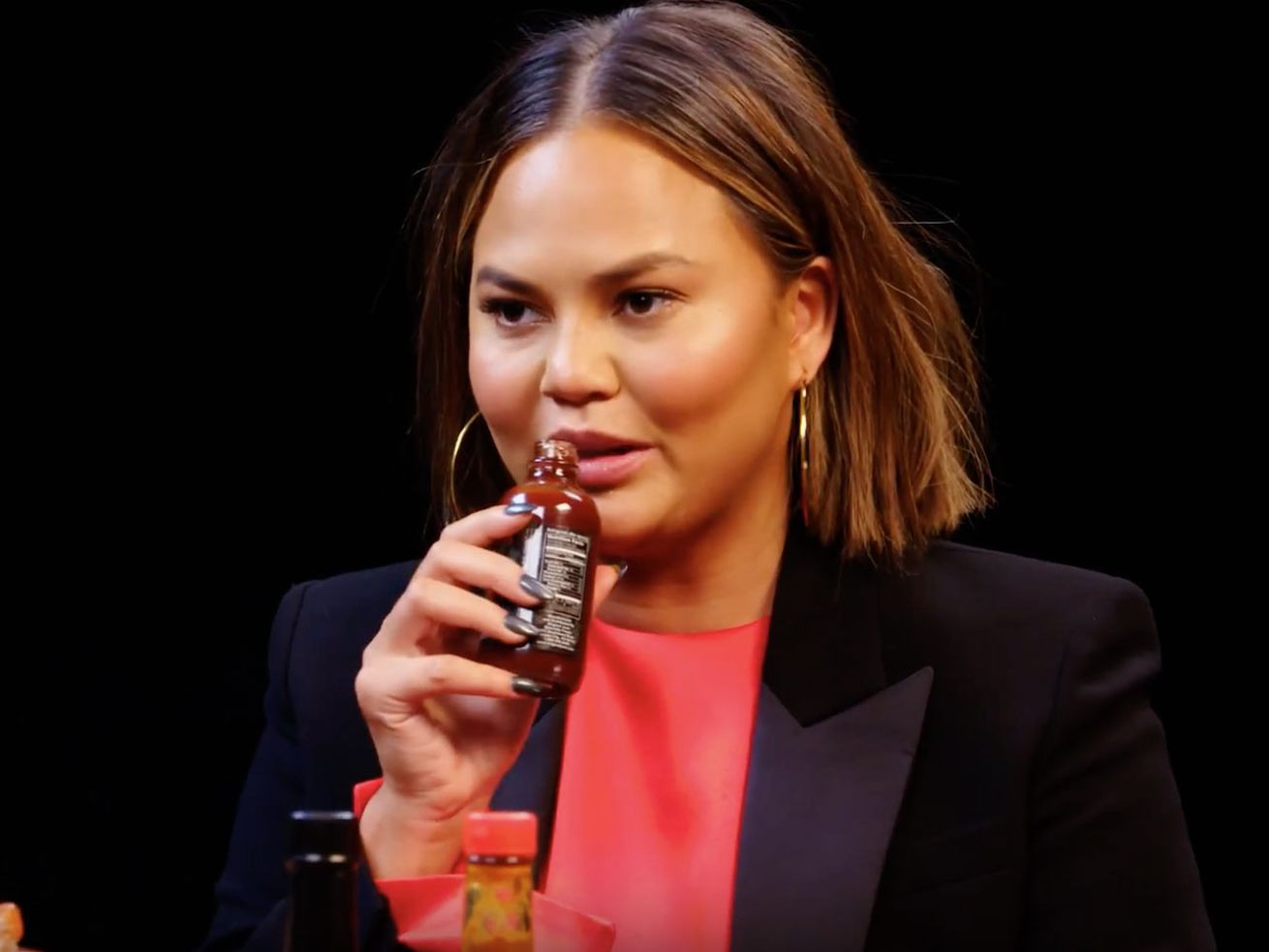 A brand new episode of the most spicy web series on the internet, ‘The Hot Ones,’ was released this morning, and we couldn’t be happier about who they had on as a guest. It stars America’s sweetheart, chef extraordinaire and social media queen, Chrissy Teigen, slamming wings like a damn boss.

For those of you who haven’t seen it before, the premise of the show is pretty straight forward: a celebrity shows up and gets interviewed as she and host, Sean Evans, eat a platter of chicken wings that get progressively spicy. The show has featured huge names like Natalie Portman, Ricky Gervais and … Jeff Goldblum.

On this episode, Chrissy and Sean discuss nugs over drugs (and by nugs I mean chicken nuggets), her distaste for Nutella and challenges in Mario Odyssey.

Here’s the full video. I highly recommend watching it at your desk instead of writing that email.

Check out more episodes of the brilliant ‘Hot Ones’ here.