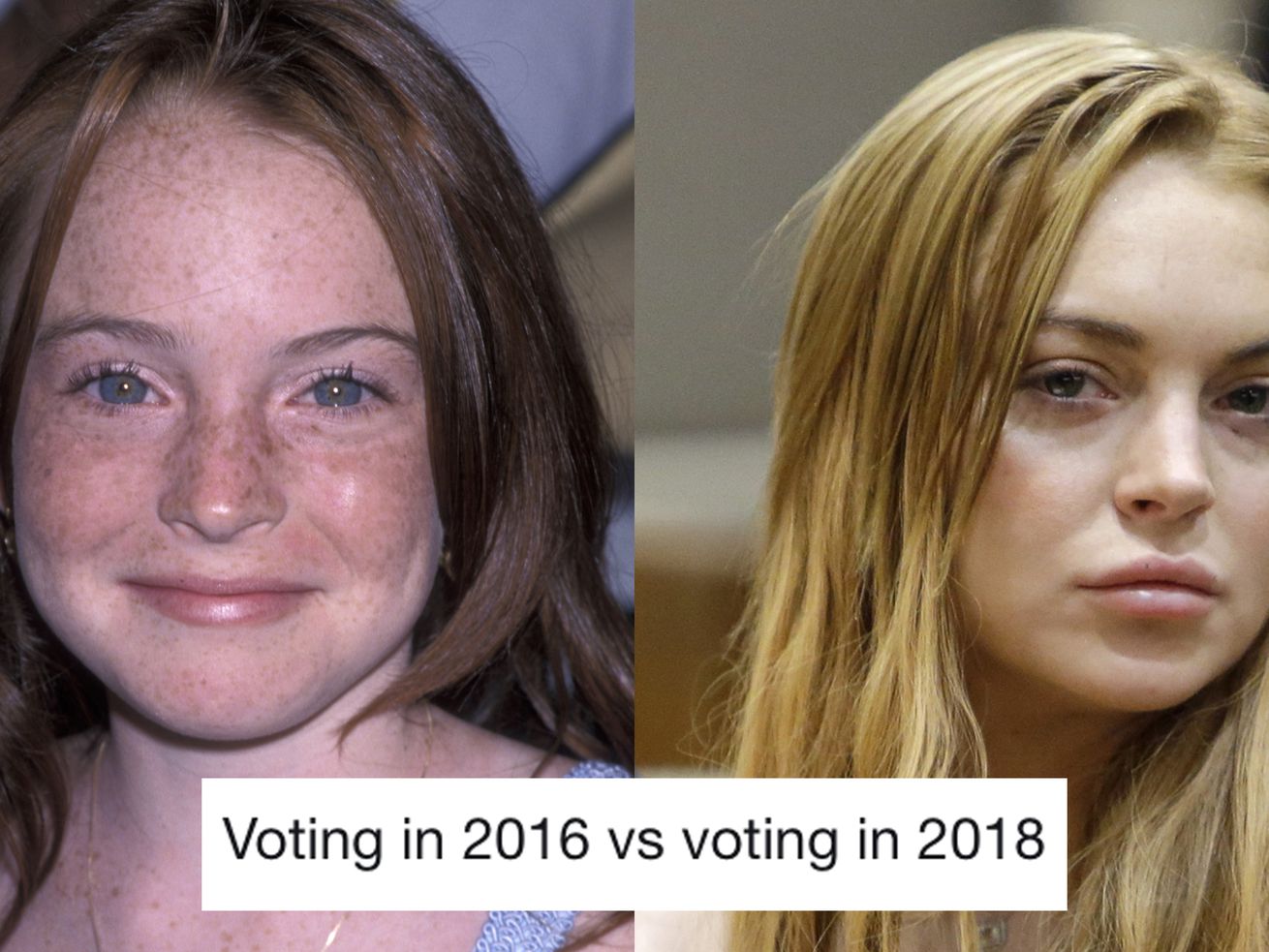 It’s inconceivable not to be voting today.

3. The claws are coming out.

The world has gone barking mad.

5. A Star Is An Active Participant In Their Democracy.

me voting in 2016:
[Jackson Maine smiling at Ally from SUV window.jpg]

me voting in 2018:
[Jackson Maine pissing pants at Grammy Awards.jpg]

We just wanted to take another look at your voting sticker.

Because the polls are probably already closed. Make a plan to vote today!

You know Gritty’s a registered voter.

Blessed be the voters.

The best prank Jim Halpert ever played? Being a responsible citizen.

11. In every generation, there is a chosen one.

She alone will stand against the apathy, the voter suppression, and the forces of darkness. She is the Slayer. (Just kidding, she’s not alone, because we’re all working together to better our democracy!)

12. Our bodies are ready (to no longer be this stressed).

13. Maybe nothing has really changed at all.