With the recent swearing-in of now-Supreme Court Justice Brett Kavanaugh, it’s never been more important to fight for your right to choose and to do it loudly, wherever, however, and whenever you can. Sophie Ratner’s “1973” necklace, which was created in partnership with Physicians for Reproductive Health, is a wearable way to show your determination to protect Roe v. Wade while also donating to a reproductive health and pro-choice advocacy organization. It’s a way to put your money where your mouth is and to let others know where you stand on this important issue. It’s time to get loud in any way we can, sartorial means included.

On Oct. 8, 2018, conservative judge Brett Kavanaugh was sworn in as an Associate Justice on the Supreme Court, despite the multiple allegations of sexual assault against him and raging protests by Americans all over the country. Aside from sending the message to sexual assault survivors that they are not believed and that their voices don’t matter (How is this still happening in the #MeToo era?! We need to do better.), the confirmation also solidified the most conservative Supreme Court in decades. Senate Minority Leader Chuck Schumer called Kavanaugh’s confirmation a “low moment” for the Senate, saying it put at risk LGBTQ rights, women’s rights, civil rights, labor rights, and environmental rights.

The overturning of Roe v. Wade, the landmark decision issued in 1973 by the Supreme Court that affirms the constitutional right to access safe, legal abortion, has been at the forefront of political discourse as of late. And now, with one of the votes in conservative Kavanaugh’s hands, the future of Roe v. Wade looks tenuous. In other words, it’s very possible that a woman’s right to choose what happens to her own body might soon be taken away in what I personally see as one of the biggest potential backslides of our time. Women and allies, it’s time to fight!

As a means of wearing your anger, your strength, your voice, and your stance over your heart, Sophie Ratner created a “1973” pendant necklace in collaboration with Physicians for Reproductive Health, an organization of doctors who “use evidence, training, and organized action to champion your health care rights,” according to their website. 30 percent of proceeds from the sales of the necklace will be donated to the organization. “In this time of attacks on evidence-base medicine and a woman’s right to choose, we cannot remain silent,” explains a letter on Sophie Ratner’s website. “Please join your allies across the country and proudly wear this necklace to remind people everywhere that we must continue to fight for equality and access for reproductive health here in the United States, and throughout the world.” It continues, “Help us fight for the life-saving legacy of Roe c. Wade and ensure it remains the Law of the Land for generations of women to follow.”

The necklace is available in three styles, the most affordable of which is the silver version. It’s $115, which is a reasonable price for any fine jewelry brand, but the fact that it supports an incredibly important cause makes it all the more worth it. There’s also the gold style, which retails for $380; and gold with diamonds, which retails for $850. 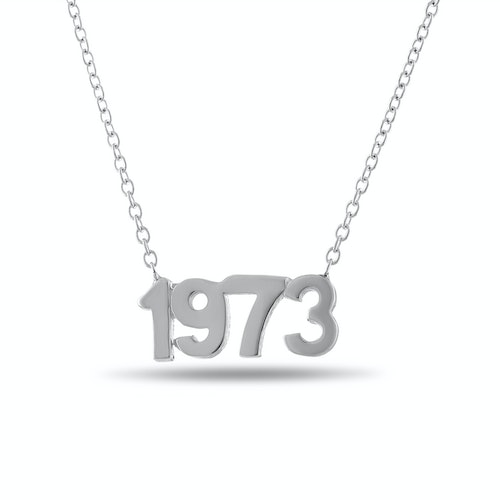 If there ever was an investment piece to get in on, these necklaces are it. Long live Roe v. Wade.