HOW TO PLAY PADEL – EVERYTHING YOU NEED TO KNOW 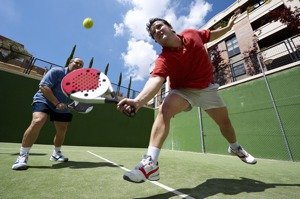 Padel is a form of racquet sport and is a close relative of tennis. Although not as popular as tennis across the world, it is particularly popular in Spanish speaking countries such as Mexico, Spain and Argentina.

As a sport it is growing and the game is spreading into more and more countries across the globe year-on-year and its popularity in Spanish holiday resorts has exposed it to a lot of British visitors, making the UK one of the countries with the quickest uptake of the sport.

Popular too in the USA, it is known there as Paddle and is often thought of as a game played in exclusive country clubs by the more affluent members of society. However, more and more schools are beginning to form Paddle clubs.

As a game, it is very similar to tennis, however there are some slight differences. Played only in doubles, it is also played on an enclosed court that is significantly smaller than a tennis court and has walls that can be used during the game. However, the balls used are almost identical (although with slightly less pressure) and the scoring system is the same.

Padel is a relatively new sport invented in Mexico in 1969 by a gentleman known as Enrique Corcuera when he modified a plot of his land and paced walls all around it and began playing a form of tennis on it with a friend Mr Corcuera from Spain.

The first official court was installed in an exclusive Marbella club and was popular with Argentinian Polo players who then took the game back to South America where its popularity spread even more. Padel is overseen by the International Padel Federation.

Object of the Game

The object of Padel is to win two out of the three sets that constitute a match. In doing so, each pairing must work as a team to outplay the opposition paring. Because the court is much smaller than in tennis and is enclosed, players are close together so need to develop a good understanding if they are to be successful and it is also important to be fit too.

The pace of the game demands an awful lot from players which means that fitness should be at a premium to be a successful Padel pair.

Padel is played on an enclosed court that is just over a third of the size of a tennis court and has a playing surface of 20m x 10m. Like a tennis court it is divided in the middle by a net but unlike tennis the court is surrounded by walls, which can be utilised by players during the game of Padel.

The surface of the court can be made from a variety of materials, including cement, synthetic materials or artificial grass. The FIP also stipulates that the playing surface of a Padel court should be terracotta, blue or green.

The racquets used in Padel differ substantially from tennis rackets. Padel racquets are made from composite materials with a perforated surface that is ergonomically designed to allow for airflow. The face measures 26cm x 29cm and the overall length of the racquet is 45cm. Because the racquet is much shorter than a tennis racquet, it is much easier to control.

Scoring in Padel is exactly the same as in tennis. That means the points go up as follows: 15, 30, 40 and game. Should there be a tie on 40 – 40 then this is called deuce and the winner is the first player to lead by two clear points. Games of Padel are played as the best of three sets, each of which consist of six games.

To win a set, a pairing should win six games with two clear games. If the score gets to 6-6, a tiebreak is played in which the winner is the first side to get to seven points with two clear points. If the game continues to be tied, then another tiebreak is played in which the first side to have a two game lead is declared the winner. The first pair to win two sets is declared the winner.

Padel is here to stay! The racket sport is taking the world by storm, but its origins are disputed. Some believe that padel began as early as the 1920s as a pastime on British cruise ships, while others claim that its origins lie in Spain and Latin America.

Whichever way, it was not until 1974 that padel emerged as a sport played according to the rules that apply today. In recent years, Europe has seen the sport explode. In Sweden, padel is the fastest growing sport and padel centres are popping up in every city. But despite this, most people are not familiar with the art of padel. We show you how to play padel, what you need, and what rules apply.

How do you play padel?

Padel (or padel tennis) is a racket sport that can best be described as a cross between tennis and squash. It is a fast-paced, social sport that is easy to learn and suitable for all ages.

The great advantage of padel (and probably why the sport has become so popular) is that it is suitable for all ages and levels, since it is not dependent on strength and serving competency. Padel is more about strategy and cooperation between you and your partner, rather than power.

Padel is usually played in doubles. Just like tennis, padel is played on a pitch that is divided by a net, the difference being that in padel, the player also uses the walls, as in squash. A regular padel pitch is 10 x 20 m and is surrounded by walls. On this type of pitch, games are always played in doubles. Padel can also be played in singles on a narrower pitch (6 x 20 m).

A partner, two padel rackets and a ball

Padel is a simple sport that does not require multiple accessories. In principle, it requires a partner, two rackets and a ball. A padel racket is made of a composite material and the playing surface is covered in small holes. As a result, the strokes are less powerful and dynamic.

Padel rackets come in three different shapes: round, drop-shaped and diamond-shaped. Since it offers the best control, the round padel racket is considered to be the most suitable for the majority of players, from beginner to competition level. The round racket is usually referred to as the control racket. The ball used to play padel is similar to a tennis ball, only slightly softer.

To a large extent, the rules of padel are the same as in tennis, except that in padel, you serve by bouncing the ball on the ground and below hip height.

In addition, special rules apply with regards to the walls. A padel match is most often the best of three or five sets, with a set being the first side to win six games. In padel, you score points if

What is the difference between Padel and tennis?

Padel is a racquet sport. It is different from the sport known in the US and Canada as paddle tennis.
Padel is typically played in doubles on an enclosed court a third the size of a tennis court. Scoring is the same as normal tennis and the balls used are similar but with a little less pressure.

How to Choose a Padel Racket 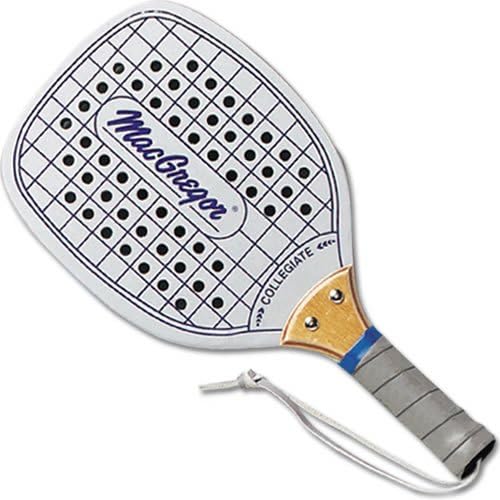 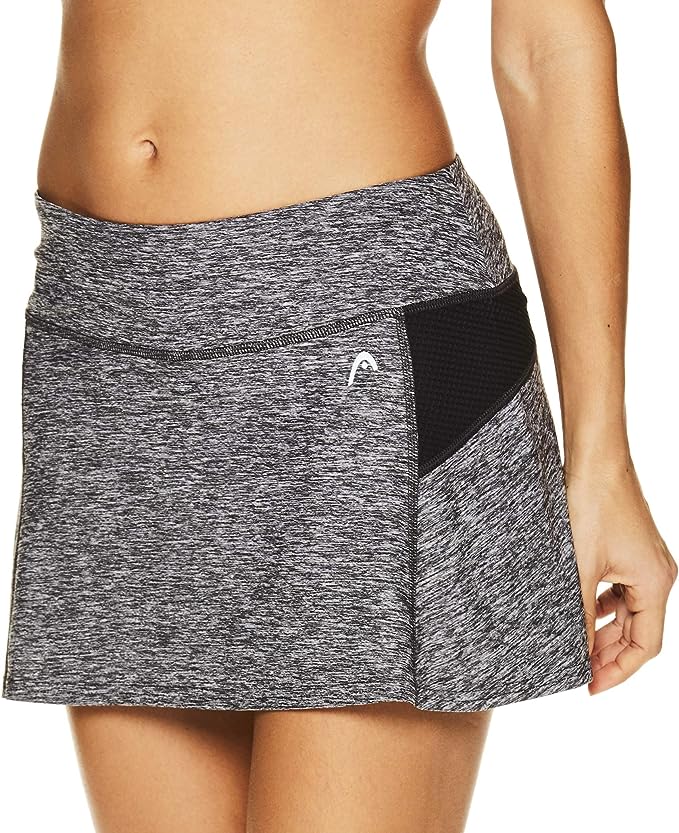 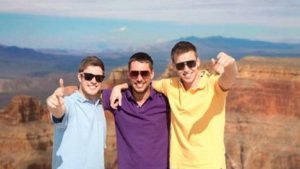