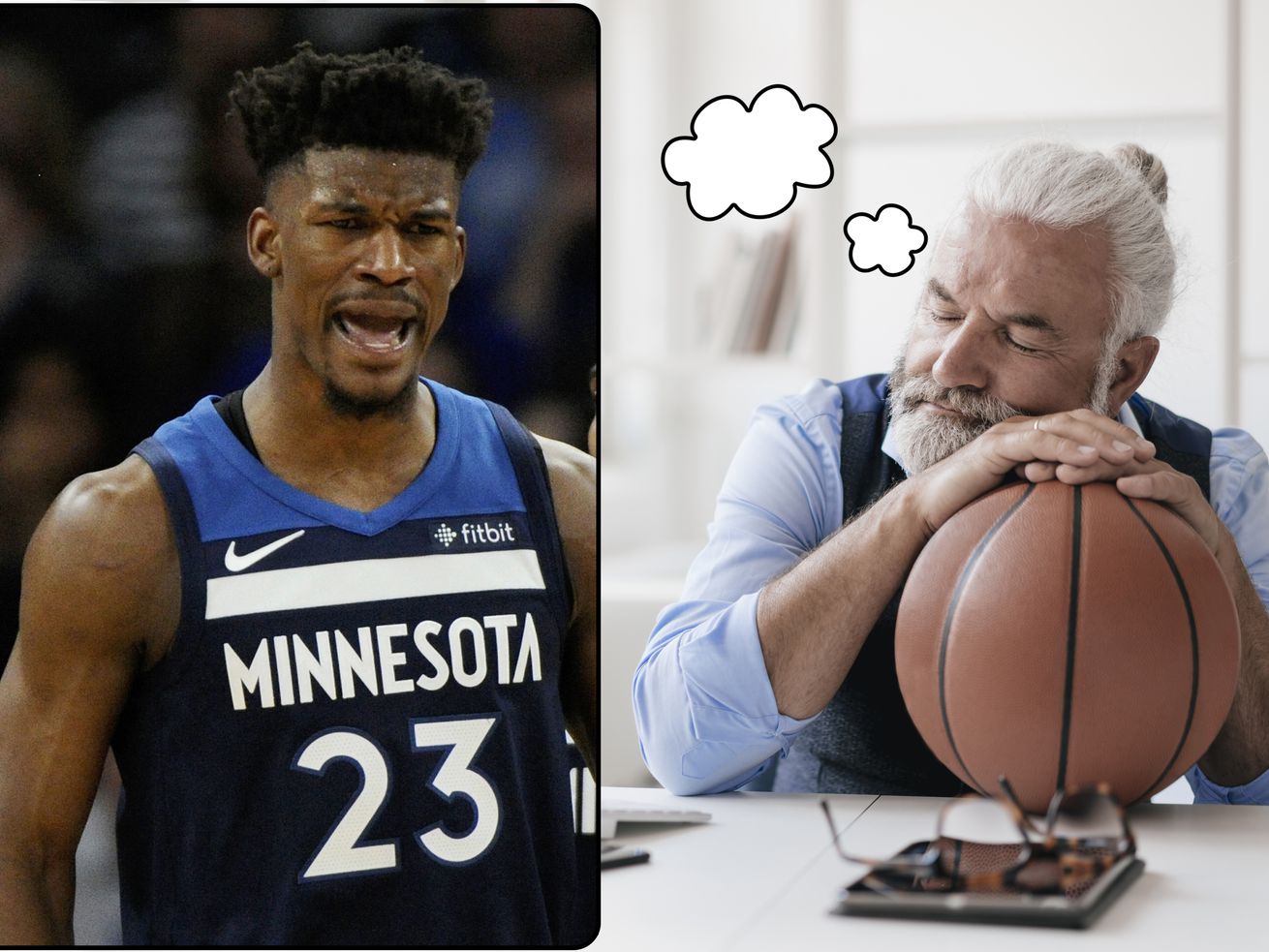 We all have the same work rage fantasies, and NBA star Jimmy Butler is no different – except for the fact that he’s actually following through on all of them, all at once. And it’s beautiful.

You don’t need to be a basketball fan to get this story, but here’s the background: NBA star Jimmy Butler helped the Timberwolves break a 14-season playoff drought in his first season with them last year, then asked to be traded. He was not shy about it.

The team has tried to convince him to play out this next season with the team, cause well, he’s really, really good (see above). But his frustration has officially peaked, and shit has hit the fan.

On Wednesday, Jimmy Butler embarrassed the entire team by beating the starters with 2nd and 3rd string bench players, while trash talking the whole team and entire organization. Then he immediately sat down for a brutally honest interview on ESPN:

The point is, he’s just like anyone else who can’t take this work shit anymore. And he’s doing everything we wished we had the guts to do but don’t, cause, well, if we’re being honest, we’re not millionaires who can afford the risk.

But he can, so here’s a rundown of him sailing through the list, fantasy by fantasy:

Proving you’re better than everyone else here

It’s not every day that practice antics make national news, let alone local news. This is a team practice DURING THE PRESEASON. I cannot emphasize enough that THERE WAS NO REASON FOR ANYONE TO CARE ABOUT THIS DAY. Until Jimmy Butler uncorked himself.

Video of this Jimmy Butler practice should be more sought out than the lost footage of that epic Dream Team scrimmage. https://t.co/T7GcmtpPwT

So this is what happens when someone gets angry and is good enough to back it up.

Jimmy Butler showing up to practice today like pic.twitter.com/f2eCjtKZDU

Calling out your co-workers

Apparently he had no problem focusing on winning this insanely lopsided matchup while calling out everyone else he was in the process of beating, reportedly shouting “You f——ng need me!” and “You can’t win without me!”

Oh, and also trolled everyone else in the organization:

Jimmy Butler yelled to the VP of Marketing “get me a salad for lunch. Balsamic vinaigrette!” and then dropped a 3 over Wiggins. This guy is incredible. #wolves

I mean, the guy is healthy. That’s a healthy lunch.

if jimmy butler really showed up, cussed everybody out, beat the starters with the third string squad & mobbed out we really gotta consider this among the all time great power moves

Calling out “the system”

At this point, you may be thinking “hang on, how’d he end up on ESPN that quickly?” Good question. This dude had A PLAN:

Jimmy Butler was so confident he was gonna destroy his teammates, he called Rachel Nichols to come interview him post-practice. What an unbelievable flex.

He’s not just trying to win practice, he’s taking down the whole system.

This is all truly inspirational. Most of us can’t burn the whole thing down, but at least we can live vicariously through this superstar basketball player and human being. Thank you, Jimmy Butler.

Jimmy Butler knows how to have fun. This we already knew.

Am I Consuming Enough Calories on Intermittent Fasting?