Game of Thrones is one of the leading shows to bring what is known as “spoiler culture” to the forefront. While the idea of keeping spoilers under wraps for the uninitiated predates it by decades, George R.R. Martin’s story is one where the shocking moments rely on the reader not being able to see what’s coming, due to unreliable narrators. For years the show tried to keep these shocking moments a secret, to little effect. But with Game Of Thrones Season 8 spoilers for the forthcoming series finale, it seems to have finally managed it, thanks to “Drone killers.”

For a long time, Game of Thrones spoilers relied on fans to keep them quiet, as the reveals were on sale at Barnes & Noble for $9.99 a pop in paperback. But once Season 5 began, and the show began passing the novels, the series thought it could just keep filming private, and everything would be fine.

They were wrong. In Season 5, the first four episodes were put online 24 hours before the premiere. In Season 6, paparazzi managed to get pictures of significant scenes being filmed, spoilers were posted on YouTube ahead of time every week, and episodes leaked online randomly before airing. In Season 7, someone posted overviews of all seven scripts, plot point by plot point, just as filming began. 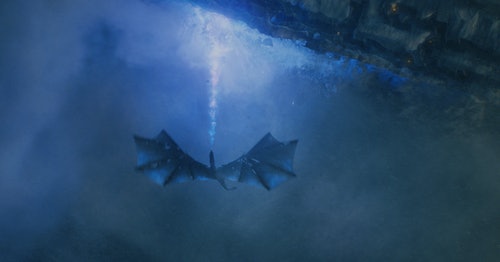 With security breaches like these, it’s easy to understand why the production would go over the top for the final six episodes. According to Sophie Turner, they started employing tech that felt like it was out of the movies. During her appearance at New York Comic-Con for Dark Phoenix, she mentioned how it worked:

If a drone flies above sets, theres a thing that can kill the drones, which is really cool. It creates a field around it and the drones just drop. Its very X-Men.

According to Entertainment Weekly, they too saw signs around the sets during filming that suggested this tech was in use:

[W]e could see how the sprawling outdoor constructions on sets such as Winterfell castle were labeled with no-fly zone warnings drones, helicopters and planes were not permitted over locations where GoT was filming. HBO worked together with local authorities to prevent any unauthorized photography. 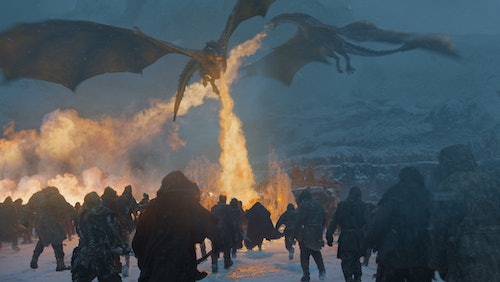 But as the article notes, this was only one of Game of Thrones security measures. Other actors have reported scripts which loaded only when on set, effectively keeping scenes limited to a need-to-know basis, where you only needed to know if you were in the room. There were also scripts that erased themselves once shooting for the scene was completed.

So far, the over-the-top measures have had the desired effect. While there have been a few purported script pages leaked here and there, there has been nothing to confirm or deny their legitimacy, and what few paparazzi photos have come out tell viewers very little.

Fans will just have to wait until Game of Thrones Season 8 airs to find out what happens. The show returns to HBO for the final time in 2019.