Deciem Stores to Reopen as Founder Is Ousted

Deciem Stores to Reopen as Founder Is Ousted 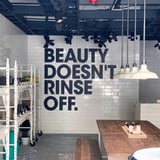 After a week of uncertainty, Deciem stores will reopen and Brandon Truaxe will be stepping down from his co-chief executive role. The company, best known for its skincare line The Ordinary, had been experiencing trouble after Truaxe announced via a now-removed Instagram that the stores would be temporarily shut down and accused the company of criminal activity.

Minority investor Estée Lauder asked a judge to have Truaxe removed from the Deciem board of directors and replaced by co-CEO Nicola Kilner in the interim. Ontario Superior Court Judge Michael Penny sided with the cosmetic giant, barring the former CEO from posting to Instagram on behalf of the brand, something he frequently did. He also granted Estée Lauder’s request for PWC to investigate Truaxe’s allegations.

Truaxe took over the brand’s social media in January and has since used it to post complicated and confusing messages to customers, as well as to fire employees and sever business ties.

According to WWD, the Deciem website is back up and running, and stores are expected to reopen soon.

The $7 Face Serum That Saved My Dried-Out Winter Skin