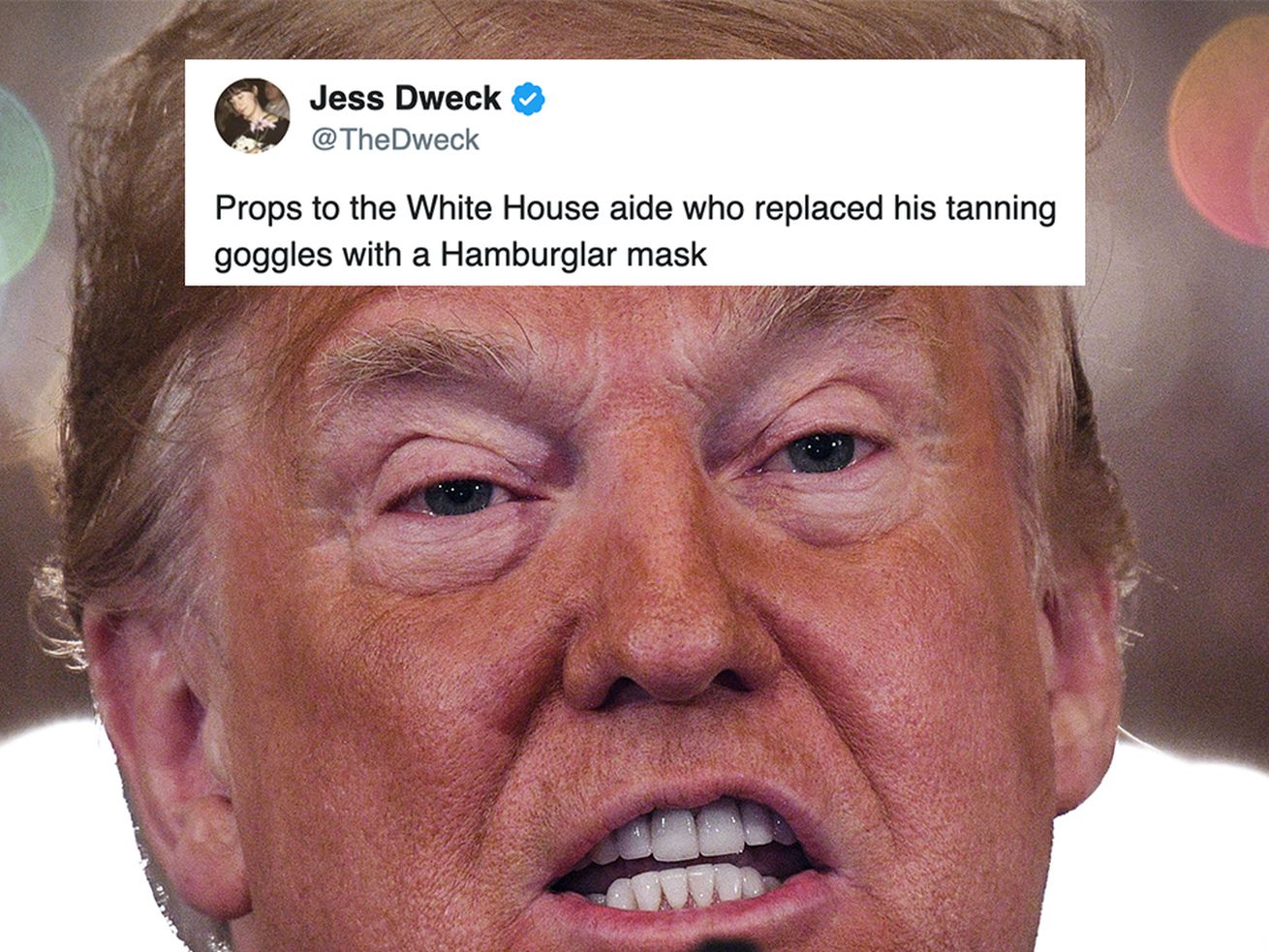 From talking about Lil Jon, to accosting Jim Acosta

Just when you thought Trump’s press conferences couldn’t get any more bizarre, you come to find out they actually..ugh..can. The man is an endless well that never stops producing Sulphuric water that smells like rotten eggs.

Following the most talked about midterm elections this country has ever witnessed, which lead to the Democratic takeover of the House Of Representatives and highest number of women being elected to the U.S. Congress, a freshly spray-tanned President Trump gave a press conference so cringeworthy, it made our eyeballs roll so far into the back of our heads, it left us all looking like Bran Stark from Game Of Thrones when he was having those weird visions.

Some of the most pathetic moments of this press conference were when he called an African American journalist “racist” for asking him whether he thought his rhetoric was emboldening white nationalists across the country, to him…get this…accosting Jim Acosta , to saying he didn’t know who Lil Jon was even though he had appeared on The Apprentice.

Writers and comedians quickly flooded Twitter with hilarious commentary on the press conference, so we rounded up some of the funniest reactions:

Props to the White House aide who replaced his tanning goggles with a Hamburglar mask pic.twitter.com/P97xGDbLKr

What the fuck is happening? Did I wake up high? #PressConference

Just ask him what the difference between Medicare and Medicaid is.

It’s almost like this press conference is being led by a person who couldn’t stand one whole day of national attention not being solely on him.

Trump just answered a question about how he’s going to stop the rise in acts of antisemitism in America by bragging that he has a Jewish friend.

Today’s presser is what happens when a 71yo grifter is held to account for the first time in his life. //t.co/d9Mw33pdAe

When Lil Jon comes up during Trump’s press conference pic.twitter.com/tR1MmydwoP

And for those who are feeling bummed out about Democrats not taking the Senate…here’s something that will cheer you up:

If you feel sad today, just imagine Mike Pence swearing 2 women into Congress with the Qur’an

The Colorado cake baker who refused to bake a cake for a gay couple now has a gay governor.