Spicy mami, hot tamale! Cardi B and Offset were as cute as ever at the American Music Awards on Oct. 9. From their sweet moments on the red carpet, to Offset jamming hard when Cardi performed “I Like It” alongside J Balvin and Bad Bunny, to Cardi’s excitement when Migos won Best Pop/Rock Group Or Duo, they were super supportive of each other all night. And we’re here for it! To get an even more in-depth look at their love, we took a look at Cardi B and Offset’s body language at the American Music Awards, and it did not disappoint.

Before we dive in, here’s a little history lesson on hip-hop’s hottest couple. The two began dating in February 2017, and had their first date at none other than Super Bowl LI. In October 2017, Offset publicly popped the question on stage at Power 99’s Powerhouse concert in Philadelphia. Later, TMZ broke the news that the two had actually gotten married in secret that September, before their very public proposal. In April 2018, Cardi confirmed pregnancy rumors during her performance of “Be Careful” on Saturday Night Live, and on July 10, the two welcomed their first child together, a daughter named Kulture Kiari Cephus. The couple, like most, has had plenty of ups and downs, from cheating scandals to public breakups and makeups. It hasn’t always been smooth sailing for them, but is it ever? Thankfully, based on their body language at the AMAs, they seem to be on solid ground. Let’s take a closer look.

1They’re intimate with each other. 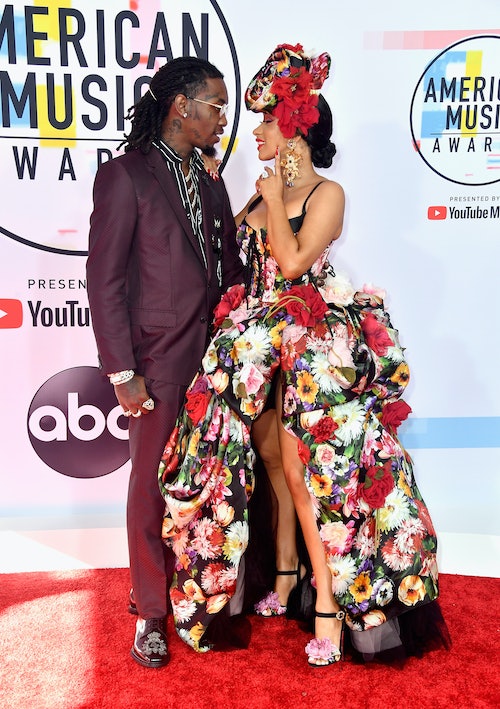 “See how they’re looking deeply into each other’s eyes? It’s like no one else is around! And that’s hard to do on the red carpet, especially with so much chaos around. Super intimate,” Traci Brown, body language expert and author of Persuasion Point: Body Language and Speech for Influence, tells Elite Daily. Body language expert Lisa Mitchell agrees. “Despite being on the red carpet, their gaze is fixed intently on each other,” Mitchell tells Elite Daily. “They have each other’s attention, despite the noise going on around them.”

Think about it: When was the last time you were able to look at someone that up close and personal if you didn’t have some sort of romantic, intimate connection with them?

2They’re intentionally showing off their affection. 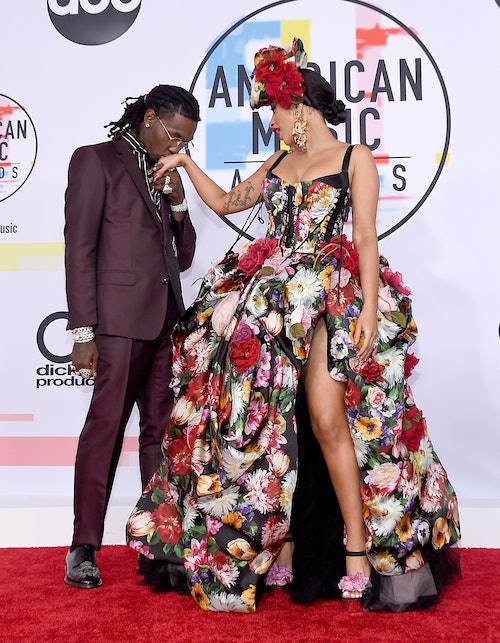 Every couple is different. Some couples are naturally affectionate with each other without even noticing, while others just don’t roll that way. There is no right or wrong way to be, but in these pictures, Mitchell notes that Cardi B and Offset are being intentional about showing their affection.

“Almost in an over-the-top way as opposed to a natural and subtle way that most couples do in red carpet situations,” Mitchell explains. “It isn’t that unexpected though, given the nature of their personalities and their bigger-than-life personas, both individually and as a couple.”

I’m here for this hand-kissing pose, NGL. Chivalry lives to thrive another day! 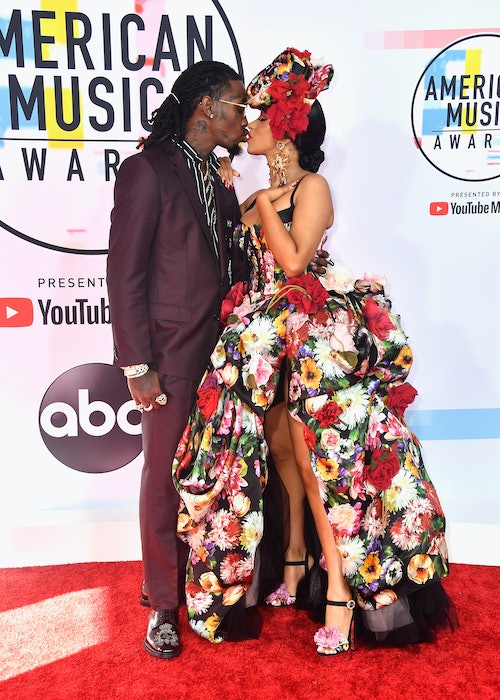 Considering the rumors that Offset allegedly cheated on Cardi, it’s understandable that she would feel territorial over her hubby. “She’s claiming her man by keeping him close, and putting her arm around his shoulder or her hand on Offset’s chest continuously,” Mitchell points out. “And he returns the gesture by keeping his arm around the small of her back during their time on the red carpet.”

When you look at this kiss, it “looks super hot,” Brown says. “But what we don’t see is them in a full embrace. Did they rehearse this sequence? Maybe so. But they still have a lot of intimacy and are letting us in on this private moment.” Thanks for letting us in, you lovers. Don’t stop! 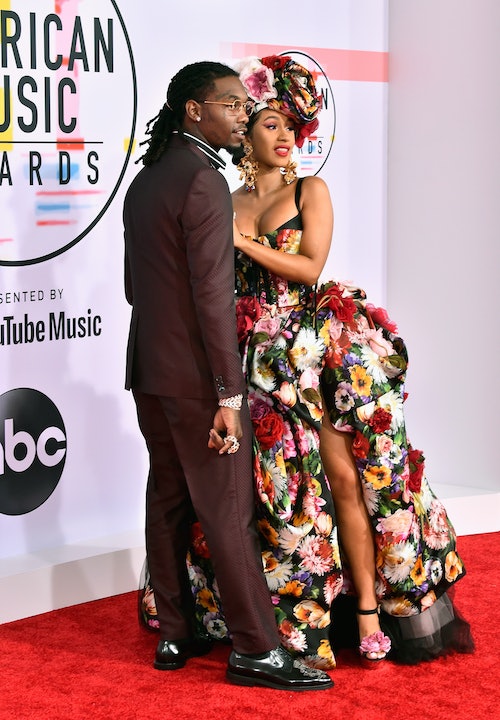 In this photo, Cardi and Offset are almost directly facing each other, leaving little space between them. This bodes well for their emotional connection. “Their bodies are close and turned into each other at the heart level in several pictures, showing that they are connected and literally leading with their hearts,” Mitchell says. And honestly, even though leading with our hearts can get us in trouble sometimes, some of the best moments in relationships can come from listening to them.

Cardi B and Offset have faced their fair share of issues, like most couples have. But one thing that they’ve continued to do for the last year-and-a-half is try. “These two are working to keep their relationship together but may not be feeling totally secure in it; which is why they are going above and beyond to show how close and adoring they are of each other,” Mitchell says. And I totally get it. It can be hard to be 100 percent secure in your relationship at all times, but you’ll put in the time and effort it takes to build that security if you want it to work out. It seems like that’s what Cardi B and Offset are doing, and I’m rooting for them.